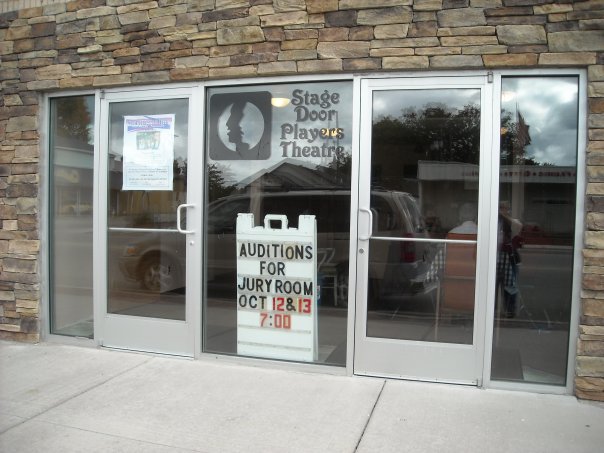 The purpose of Stage Door Players is to foster the education and entertainment of its members and members of the community in dramatic literature and spoken drama; to encourage and develop community interest in all forms of the theatrical arts; to provide methods and opportunities for its members to study the dramatic arts and cultural literature; and to produce, present and conduct plays and performances.

Stage Door Players began in 1964 and was first known as Fremont Civic Theater.  Stage Door operates with a Board of Directors and an Executive Committee consisting of the president, vice president, secretary and treasurer of the board.  All members are volunteers.

Stage Door Players currently presents at least four annual plays, publishes a regular newsletter for its members, and annually provides a free educational program that is available to the general public.

The members are active in community events such as White Cloud Homecoming Days, Fremont Baby Food Festival and other local community events or activities concerned with the arts as well as M-DOT Highway Cleanup.

In addition to its regular play season, Stage Door provides other entertainment such as radio shows,  and it?s recently implemented Improv usually on the 3rd Saturday of the month at 7pm. Public welcome to come join the fun. .

Stage Door has rented its building for community events.  Past usage of the building included a children's magic show (sponsored by the public library) Chamber of Commerce utilizing the building to crown its prince and princess for Homecoming Parade, and a puppet show held during the White Cloud Pow Wow.